Other Rafting Trips in Utah 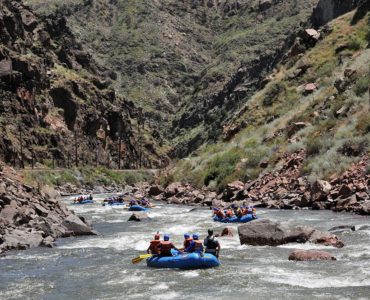 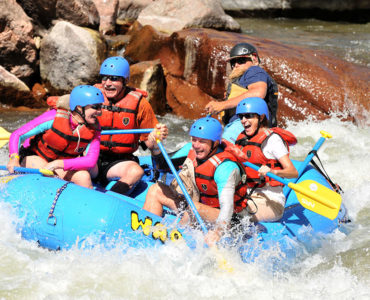 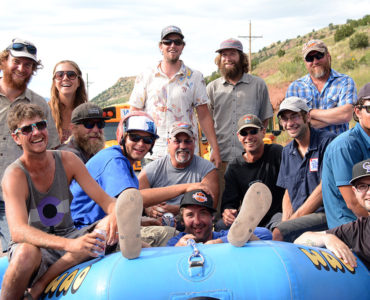 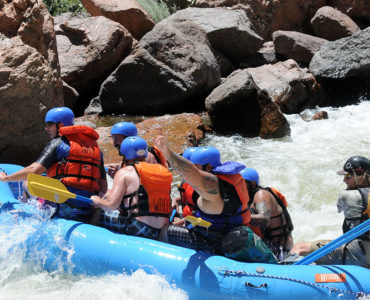 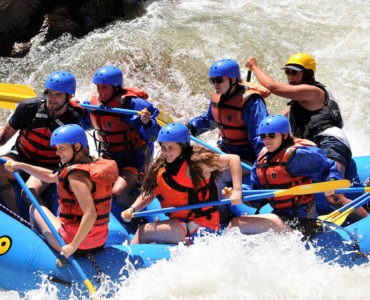 The Yampa is the only river in the Colorado River system that has yet to be dammed. This is one of the best rafting trips in the world. Easily manageable Class III trip with scenery that will take your breath away. A billion years are captured in these canyon walls, along with the remnants of various life forms that existed long before humans. This pathway through time showcases some of the oldest exposed rocks in the world, ones that have been folded, lifted and split by eons of geological forces. The Yampa is a great family rafting & camping experience, although I believe rafting & camping (particularly camping after being wet and maybe rained on all afternoon) with children under 10 is no fun for anyone involved. For a commercial guided trip call 800 346 6277 – Online at www.oars.com. For a private permit contact the ranger station at Dinosaur National Monument.

“Deso-Grey” as it is known among raft guides & outfitters. The Green River, a major tributary to the Colorado River system, runs through these canyons. This trip is one of my very favorites. No easy access to the put-in at “Sand Wash” for this 84 mile, part flat water, part whitewater, rafting trip. I’ve done it twice, both times in the fall, when I actually have time to embark on such a long and logistically challenging trip. The shuttle is crazy-difficult, and I hire a shuttle service! We bring our vehicles in to the put-in & then the shuttle people (who actually fly in) come and move them to the take-out near Green River, Utah. The road to the put-in is known as the “wrinkle road” and is famous for causing flat tires. Make sure you have a really good jack (I bring a floor jack) and extra spare tires. The trip down the river is an incredible experience and features the most wildlife I’ve ever seen on any rafting trip. They don’t call it Desolation Canyon for nothing. It’s remote. The whitewater is fun, but not overly scary, at least not for a bunch of veteran pro guides, which was the case when I’ve been there, with a couple of people along that were exceptions. I find really long trips can be difficult, particularly if there are “dynamics” between some of the participants. It’s tough to go camping, even with people you like & love, for 8-10 nights in a row. The first time I went on this trip was a couple of days after 9/11 and we never saw a soul once we were on the water, or an aircraft, not even the “shuttle guy”. It was like going back in time 100 years. For a commercial trip I recommend a guy I actually know – Bill Dvorak. Call: 800 824 3795 – Online at www.Dvorakexpeditions.com. For a private permit call the ranger station at 435 636 3622.

Where the Colorado River and Green River meet in a majestic setting called “The Confluence”, Cataract Canyon begins. Bolstered by the Green River, the Colorado River doubles its force, and carves a deep 100-mile long chasm through the heart of Canyonlands National Park. The first couple of days begin on relatively flat water, but the whitewater is exceptional once you get to it. There are several very big, steep drops and some huge holes.

Many people use a motor for the first couple days, and it comes in handy at the end also, particularly if you plan to take-out at a marina on Lake Powell where the river terminates into the lake, which is the best option, I think. Personally, I like to row and prefer not to “motor” on the river. After being on the water for 4-5 days, though, being able to motor to the take-out at the boat ramp is nice. Back in the day I liked to motor from “Dirty Devil” Canyon to Hite Marina and take-out there. Hite is gone now, due to the drought of 2002 and the subsequent low lake levels.

Thanks for signing up!
Call Now Button